Trying to guide people through the streets of the world.

Prior to the back breaking process of packing our suitcases again, as we leave for our dear country India tomorrow, I thought of doing this short & prompt write-up on Potsdam.

Despite the fact that most of our time was spent in a metropolis (Berlin) and just a day in Potsdam; nevertheless, the city of  emperors has left an impeccable impression on us. Potsdam is a small and sumptuous place which borders Berlin and is the capital of Brandenburg. Like majority of people, even I was oblivious of this place, but thought of paying a visit shortly after we were clued up about Potsdam.

February the twenty-ninth, in the early morning we boarded a train and visited this new city and were totally flabbergasted to catch a sight of Potsdam, heavenly and alluring.

Throughout the time of World War II, Potsdam was to some degree destroyed like any other place in Germany. It was only in 2010 & 2013 the city was reconstructed to its original form. 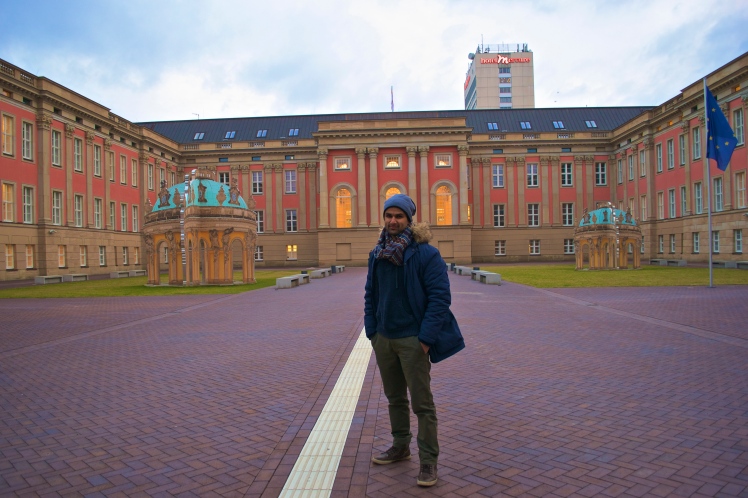 Ageless façades, ceaseless and attractive architecture and dramatic clouds. Wandering in the city gave a sensation of going back in time – a beautiful castle, powerfully and mysteriously attractive landscapes & the oldest film studio in the world.
Potsdam has 3 universities and many research centers, which makes the place full of energy and life as it is dominated by young crowd. 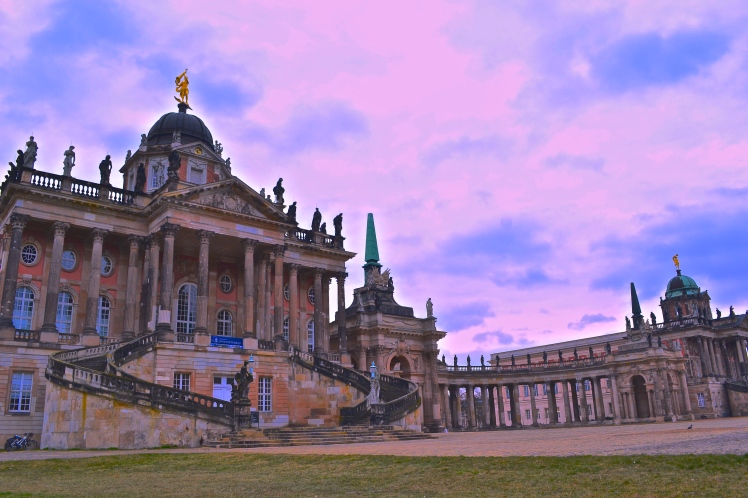 Homelike cafes, bars, malls, restaurants, this place might be small but it has everything one wishes for.
We only had a day to explore this place so couldn’t discover every inch of it: however, we managed to visit most of the famous places till the time our legs gave up.

This is definitely a place you cannot miss if you go to Berlin. It’s not only a good touristic place, but it’s also a place where one would love to have a house and live in; since, it is a blend of modernity & history, just how we LOVE it.

Once the travel bug bites you there is no end to your adventure. Our travel journey started in December 2014 when my better half & me took our first trip together to Netherlands. We realized how much we enjoyed traveling and we wanted to do it again. So we decided to travel once every month (sometimes twice if the pocket allows). We are trying to guide people through the streets of the world through our eyes.
Follow Travel Nerd Story on WordPress.com